Sharing my December reading a bit late.  Excited to share my January books here soon!A Christmas Carol by Charles DickensThe classic story of Ebenezer Scrooge.  Loved the chance to read this and we enjoyed sharing this together over the Christmas break.  Dickens was a bit challenging for me to read aloud, the sentences were long and the descriptions can go on for awhile, but once I got over that we went through it pretty quickly.  The ending in the story was beautifully written and so fulfilling to read.The Girl on the Train by Paula HawkinsI really enjoyed it.  I don't even remembering requesting it from the library, so when it showed up I was excited to open it and start reading.  The book was such a compelling read and such an interesting premise.  I hadn't heard anything about the book and that is my absolute favorite way to read these types of books.  A mystery that begins with a girl who rides the train and watches the people outside. … END_OF_DOCUMENT_TOKEN_TO_BE_REPLACED

Last year I read books, but only a few from my booklist.  Yes I have a problem with reading other books, books that are not on my list, and yes I realize that this really isn't a problem. This next year I want to take my 2015 book list into 2016, I knew it was a lot of books in 2015 and thought spreading the books over two years would be a great option even when I made the list in the first place.  I am going to do something a little different this next year.  I'll be more specific with the list, giving books there own month.  My hope is that this will help keep me on track.  I'm also planning on adding a few great series to my 2016 booklist.   I will also join an online book group, I'll share more of that in a later post.  So without further ado, I'm sharing my 2016 booklist.JanuaryClassicThe Pilgrim's Progress by John BunyanPossession by A. S. ByattNonfictionGrowing Up by Brad WilcoxA Marvelous Work and a Wonder by LeGrand RichardsRead AloudMoccasin … END_OF_DOCUMENT_TOKEN_TO_BE_REPLACED

Don Quixote by Miguel de CervantesIt took me forever to read through this classic novel.  It is long people and the story is an interesting one, definitely one I didn't connect with.  I didn't know the story before I started, the story of a Gentleman in Spain who goes a bit nutty and decides he is a knight.  He convinces one of his servants to become his squire and travel the country with him.  He has many ridiculous adventures.  A look into Spain at this period of time.  I"m feel happy that I do now know what this classic is all about.Pride and Prejudice by Jane AustenLoved this reread of Pride and Prejudice.  If you haven't read it, it is so worth the read. Cress by Marissa MeyerThis was a fun continuation of the Lunar Chronicles.  The romance is very young adult (perfect for young teenage girls, and a bit annoying at times for me), but the story is fun and it is so interesting to see how the author weaves in the fairytale with this futuristic … END_OF_DOCUMENT_TOKEN_TO_BE_REPLACED

My nightstand always has a steady stream of rotating books.  Some I'm reading, some I hope to read, some I just take time to glance through the pages.  As I was participating in documenting my day with  Hollywood Housewife on instagram today, I snapped a photo of my nightstand.  I thought it would be fun to share these titles on the blog.  Let me know if there are any that I need to make sure and read soon!Blackmoore I friend just loaned this to me on Sunday, we were discussing books the week before, and when she realized I hadn't read this she promised to loan it to me!I Know How She Does ItI've been reading another book by Vanderkam and this is her newest book.  Hoping to get to it before I have to take it back.Love The Home You HaveI've heard this one is good and thought it would be fitting for our situation right now.  A library check out.UnbrokenIn the middle of this but it has taken a backseat to a few other books I've been reading now.The … END_OF_DOCUMENT_TOKEN_TO_BE_REPLACED

Station Eleven by Emily St. John MandelThe story of what happened to the world after a plague killed most of the world's population. I wasn't a huge fan.  It was an interesting concept and a compelling read but the plots twists and turns left me wanting more. 11/22/63 by Stephen KingThis book was a great read!  The story of a man who traveled back in time to stop the assassination of JFK. Now I have read two of Stephen King's non horror books (having read Shawshank Redemption this last month) and have enjoyed both, though in both there was language throughout and a couple graphic, violent scenes. Teachings of President Benson by Ezra Taft BensonThis was the book we studied for one of our classes at church this year.  I loved this book! President Benson's life was so very inspirational.  He grew up as an Idaho farmer and became a well known throughout the world as the leader of the LDS Church and in the US Goverment.  His stories and teachings of faith and … END_OF_DOCUMENT_TOKEN_TO_BE_REPLACED

I feel like my fingers are in so many books right now.  Not really a problem, too many great books to read, but I need to start finishing some of them.  I was able to finish a few this month.Shawshank Redemption by Stephen KingMy first Stephen King novel I've read.  This was a short story of a man convicted of murdering his wife that was sent to prison and described the life that he lived there and what became of him through the eyes of another convicted murderer.  I'm sure most have seen the movie, which was even better then the book, but the book was really good.  I've never wanted to read anything by this author, since I do not enjoy the horror genre, but I was convinced to try his non horror fiction, and I have very much enjoyed them.  Actually I started 11/22/63 first, which I'm really enjoying, and almost finished with it, it is just much longer. Velma Still Cooks In Leeway by Vinita Hampton WrightI fell in love with this story.  The story of a … END_OF_DOCUMENT_TOKEN_TO_BE_REPLACED

The Curious Incident of the Dog in the Night-Time by Mark HaddonA compelling story.  You very much feel like you are in the mind of this amazing intelligent, autistic boy named Christopher.  It is a murder mystery of sorts as Christopher begins to investigate the death of his neighbors dog he discovers so much more.  This was Mark Haddon's debut novel and I was impressed and excited to read more.  It really was delighful to read, heartfelt story.Shadow Puppets by Orson Scott CardI didn't enjoy this one as much as I did the first two in the series (those I absolutely adored).  A little more love story and survival in this book, versus strategy and genius in the first two.  As Julian and Petra decide to have marry and have children, they must outwit their common enemy as he seeks to destroy them and control their future offspring.  The ending was satisfying and I haven't decided if I'll read the last two in the series.The Miniaturist by Jessie BurtonI … END_OF_DOCUMENT_TOKEN_TO_BE_REPLACED

Living Well Spending LessThis was a quick read with lots of helpful tips on how to save money.  Really a memoir of Ruth Soukup experience with learning to spend less and how it truly makes for a joyful life.ScarletI think I enjoyed this sequel better then the first and am excited to read the next books in the series.  Unbroken by Laura HillenbrandLove it!  Such an amazing, inspirational story.  I still haven't seen the movie, so am excited to watch it.  The Green Ember by S. D. SmithI so enjoyed reading this to my children.  It reminded me a bit of Watership Down and The Rats of Nimh. I gave up on Outlander. I read about half of it and just wasn't into the story and it had a few questionable scenes between the two main characters. I do wander what all the fuss was about, so many people loved this story.  I might pick it up again, should I stick with it? Started The Miniaturist and Shadow Puppets.  Planning to start The Mysterious Benedict … END_OF_DOCUMENT_TOKEN_TO_BE_REPLACED

We read Pinocchio a few years ago and throughly enjoyed it.  Carlo Collodi wrote the original chapter book and it is such a different version then the movie.  Pinocchio is truly a very naughty boy that must learn repeatedly from his many selfish mistakes.  As we read the many picture book versions of the tale, the theme of a naughty boy having to learn to be good was illustrated in each tale. Pinocchio by Carlo Collodi The original chapter book.Pinocchio by Kate McMullanThis was a simple chapter book version of the story. Pinocchio by Katie DaynesA beautiful retelling of the story with wonderful illustrations.  One of my favorite versions.Pinocchio by Roberto PiuminiThis is a fun and whimsical retelling of this classic tale.  In this version of Pinocchio the illustrations are bright and colorful and draw you into the story.  Both the author and the illustrator and from Italy and have a variety of fairy tale titles that they have created together. … END_OF_DOCUMENT_TOKEN_TO_BE_REPLACED 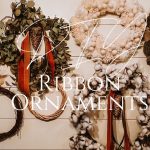 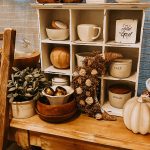 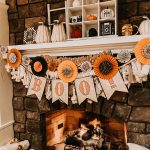 Gather Supplies | Scoring board, paper, glue gun, scissors, cutting board, & jute. 2. Cut into strips, I did 6" strips for the large pinwheels and 4" … END_OF_DOCUMENT_TOKEN_TO_BE_REPLACED