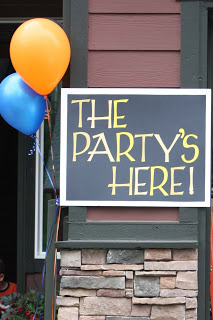 Jakob wanted a Ninja Party, so that is what he got!! He dressed for the event and had a few friends over to celebrate. 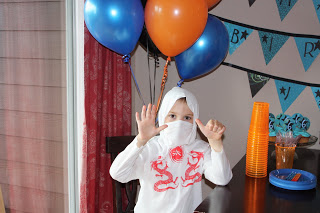 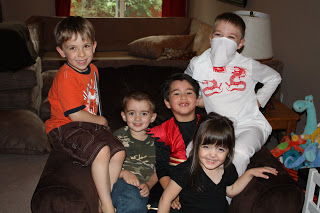 They played a few games to test their ninja skills. Keep the balloon off the ground, king of the couch cushions, and of course a couple games with Steve and the water balloons. 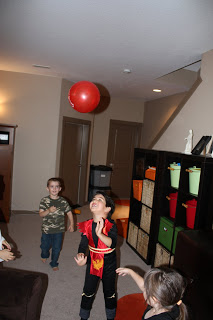 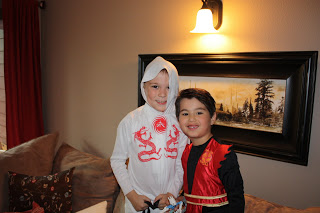 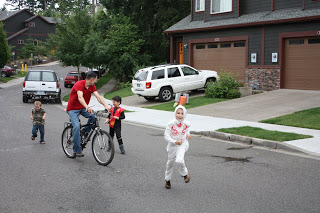 Our family came for another party later that evening. We had a crazy summer storm while they were there and most of the kids got caught outside. The rain was coming down in sheets and flowing through the streets. Everyone outside got drenched! 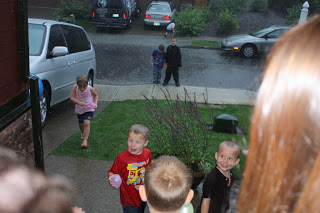 After all the excitement, presents were finally opened. 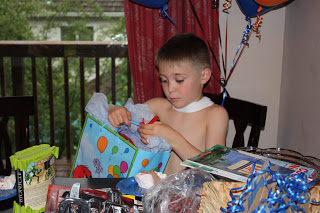 The kids sat and watched in comfy towells. 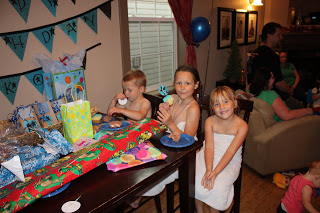 I think that he had a great day. We celebrated the Saturday before his birthday, so on his birthday we went out to Red Robin and he came home and opened presents from us. Three parties for this lucky boy. I can’t believe another birthday has come and gone!! 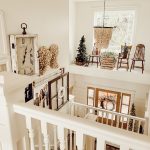 Letting go of perfection. This one’s hard and also has a lot to do with vulnerability. I think it takes practice and I think there’s many things we can do to … END_OF_DOCUMENT_TOKEN_TO_BE_REPLACED 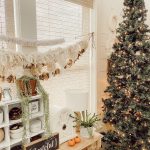 Lets start by choosing hospitality over a clean home or the perfectly curated meal. Those things are the icing on the cake, but the substance of hospitality is … END_OF_DOCUMENT_TOKEN_TO_BE_REPLACED 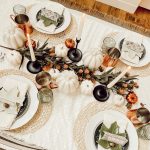 Sharing this harvest tablescape with you today. … END_OF_DOCUMENT_TOKEN_TO_BE_REPLACED